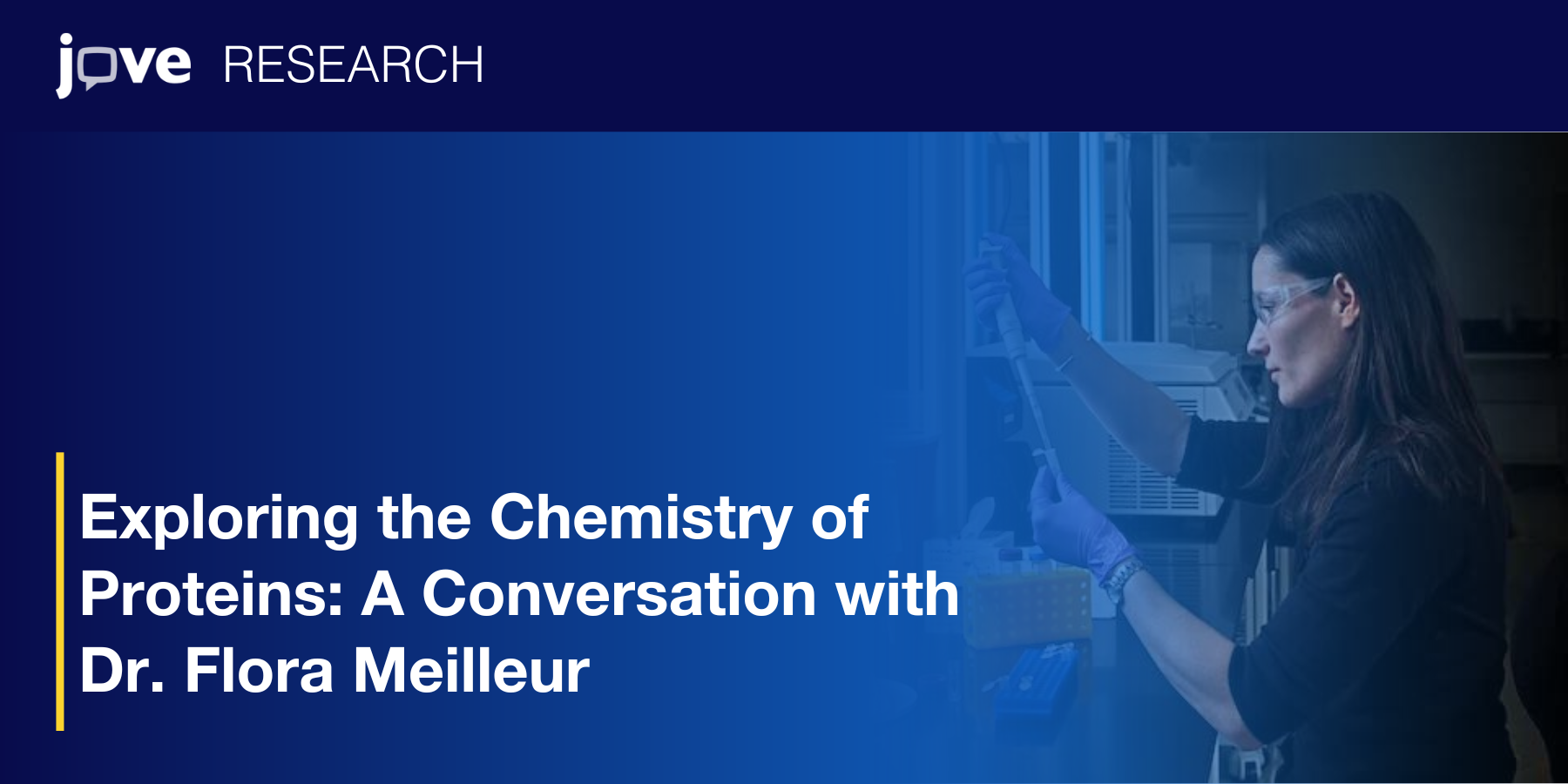 Exploring the Chemistry of Proteins: A Conversation with Dr. Flora Meilleur

Dr. Flora Meilleur is a structural biologist specializing in protein chemistry and neutron crystallography at the Oak Ridge National Laboratory in Tennessee. She is also an Associate Professor in the Molecular and Structural Biochemistry Department at North Carolina State University. Currently, Dr. Meilleur is guest editing a JoVE Methods Collection on the techniques and applications of neutron scattering in the biological sciences.

On the International Day of Women and Girls in Science (February 11th), we spoke with Dr. Meilleur about her current research and new developments in her field of research, how she became interested in this area, her most memorable moments as a scientist, and her advice for budding researchers.

What are you currently working on?

Dr. Meilleur: “I am currently working on proteins from wood rotting fungi that cut cellulose, a constituent of wood, down to glucose. Glucose is then used by the fungi as a source of energy. We, human beings, get glucose from starch but not from cellulose because we lack this type of enzymes. (Enzymes are proteins capable of carrying chemical reactions that cannot be performed in a laboratory setting.) My research aims to elucidate the chemical reactions that cellulose-cutting enzymes catalyze. When we are able to efficiently replicate this process in an industrial setting, we will be able to more efficiently use cellulose, an abundant and renewable material, to produce cleaner energy or design novel material which, unlike plastic, could rapidly degrade in the environment.”

How did you first become interested in chemistry research?

Dr. Meilleur: “I enjoyed studying organic chemistry and chemical reactions in high school. I was studying chemistry (and physics) for my undergraduate degree when I took a class in biochemistry. My interest shifted — I became passionate [about] the chemistry found in the living world. For my master’s degree I chose to focus on “structural biology” which is the study of biological molecules at the atomic level. With atomic models of proteins, we can start to [understand] how they perform incredibly difficult chemistry.”

What developments in your field are most exciting to you right now, and why?

Dr. Meilleur: “The technique I use to solve the structures of proteins is called neutron crystallography. While proteins are microscopic objects, the devices that I use to conduct my work are only built at large, national, instrument facilities. These facilities produce beams of neutrons which are used by scientists to probe the structures of materials. Countries around the world, including the United States where I work, are building the next generation of instruments. I am very excited by the opportunities that these new capabilities will open in my field of research.”

What are some of your most memorable moments in your work as a scientist?

Dr. Meilleur: “My most memorable moments in my work as a scientist are from grad school when I was learning to become a structural biologist. My bachelor’s degree in chemistry and physics had prepared me well academically but I was lacking hands-on experience. My path to independence in the lab was paved with incidents. I am thankful that my patient mentors taught me to learn from these mistakes (and smile about them) which I now use to teach my students. I enjoy working with colleagues from diverse scientific and personal backgrounds — many memorable moments come from these interactions. I had the privilege to participate in a project led by late Dr. Herb Hauptman, [who received the] Nobel Prize in Chemistry in 1985, early in my career — that was a memorable experience.”

What advice would you give to early career scientists interested in researching similar topics?

Dr. Meilleur: “The advice I would give to early career scientists interested in similar topics is to develop a habit of reading to build a strong and broad background knowledge. A good knowledge of the literature, in your discipline and beyond, is the starting point to identifying potential collaborators and developing a professional network — connections are essential to advance projects and careers.”