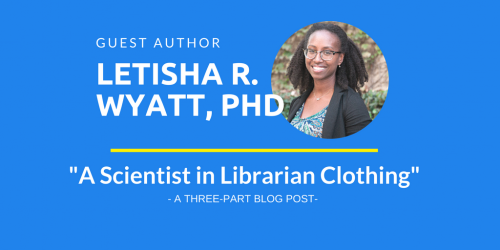 What To Do About The Reproducibility Crisis

(Note: This is the third installment of three in a blog series titled “Scientist In Librarian’s Clothing.” In part one, librarian Letisha R. Wyatt, Ph.D., discussed the chaotic life of being a neuroscience researcher; in part two, she covered what scientists can do to improve data collection and reproducibility)

During the last 15 months, working alongside my librarian colleagues, I’ve learned so much that aligned with my experience in clinical research. I feel these things make many librarians perfectly positioned to help those at the academic bench. For centuries, librarians have been curating and managing large amounts of information.

More recently, that activity has included moving information from analog formats to digital, though many of us were perhaps largely unaware of it. This feat was undoubtedly achieved by careful planning, organization and, perhaps most crucially, the distinct understanding of how to best describe information. That last task enables seekers to successfully find the needle (research/data) in that proverbial haystack.

Prepping Data For The Future

Late in my biomedical science graduate training, I learned that researchers often overlook the fundamental processes of adequately preparing data and all associated components (e.g., methods, analysis procedures) for access and preservation. This applies both inside or outside of their workgroups. In my opinion, this fundamental step of preservation has a big role in scientific reproducibility. 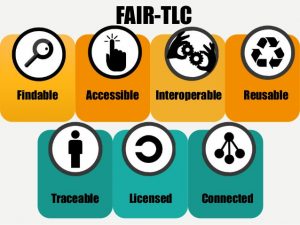 Ideally, data is FAIR-TLC: findable, accessible, interoperable, reusable, traceable, licensed, and connected. Scientists can learn much (as well as receive support) from librarians on how to best plan and execute FAIR-TLC principles, to better serve reproducible research.

Additionally, librarians can also be champions of change through less direct avenues, such as:

Librarians at the Spencer S. Eccles Library at the University of Utah are doing some really amazing work on this front! Check them (and other libraries) out and get inspired. No matter where librarians choose to start, they represent excellent partners in the research enterprise — that can help overcome the reproducibility crisis.