By publishing a key protocol in the JoVE Video Journal, a Boston University lab increased the method’s success rate by 25 percent, while reducing the time lost to failed experiments.

Boston University’s DAMP lab specializes in conducting automated, highly scalable, synthetic biology experiments. Each experimental protocol and result must be repeated and rapidly shared with the research community. It’s crucial that the DAMP lab perform its experiments fast and at a reasonable cost, without sacrificing data quality. To support this goal, the lab automates a wide variety of investigative protocols -- from DNA assembly to cloning to flow cytometry sample preparation. The lab works with both academic and corporate partners. 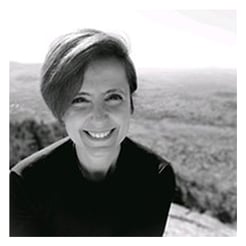 While working on modular DNA devices, the lab members were allowed to improvise their experiments. “Each one of us would perform the same experiment the way we thought was the best,” says DAMP Lab Manager, Marilene Pavan. “Because of that, we had a lot of variation in our results and efficacy of our experiments.”

The lab decided it needed to perform the experiment using the same exact set of protocols. They decided video would be the best format for sharing the protocol. “We thought that being visual with the project would help a lot,” says Pavan. “We want to generate high quality, reproducible results, and we want other labs doing that as well.”

The lab chose to publish in JoVE, the leading producer of scientific video publications.

The DAMP lab is preparing to submit its second JoVE article, done with the low-cost liquid-handling company, Opentrons.