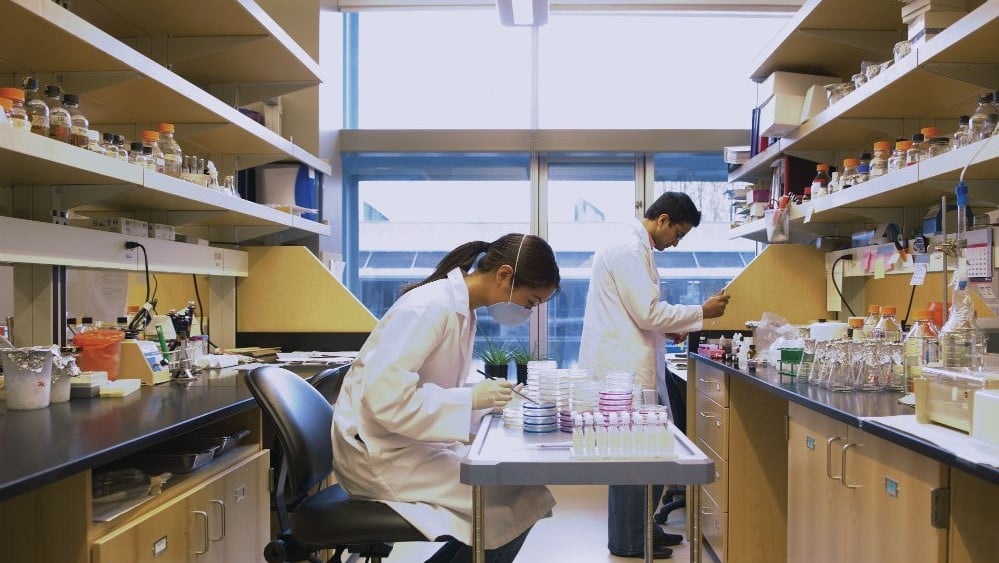 Big or Small Lab? Which is Better for Postdocs?

As a freshly minted Ph.D., choosing the ideal postdoc is a crucial next step in scientific career advancement. Many people focus on factors such as the university’s prestige, the impact of the PI’s research, and geographical location, all of which are obviously crucial. The size of a lab, though, can be an equally important factor to consider when selecting a postdoc. It may seem like a trivial aspect of your choice, but lab size can influence your entire postdoctoral experience and transition into a junior faculty position.

Funding
One of the most salient differences between a large and small lab is the availability of funding. Many large labs are run by well-established professors who have a track record of producing high-impact science, and consequently tend to have an abundance of grant funding. Even many large labs will expect their postdoc to secure their own funding via a postdoctoral grant, but having a cushion of funding already present in the lab could make obtaining this funding a much less rushed process.

A well-funded lab clearly has its advantages, but lab members can become complacent when grants are so plentiful. If you are the kind of person who is propelled forward by pressure, a smaller lab may be a better fit. In a smaller lab, where writing a grant is encouraged (sometimes even required before joining the lab), an incoming postdoc would be thrown directly into the world of securing independent funding. This experience could prove to be an invaluable learning experience, and by writing your own proposal, could also afford you with more flexibility in your research topic.

Lab Space/Equipment
With a large lab's larger amount of funding comes a greater abundance of lab equipment and reagents. Having a lab filled with cutting-edge apparatuses can make life much easier, since you won’t have to
constantly make trips to other labs and core facilities. This advantage could become negligible, however, if the lab is “too big” and lab members find themselves signing up for shared equipment days or weeks in advance.

While large labs can have an abundance of equipment, physical working space can become increasingly scarce as more lab members join. It is very difficult to get much accomplished experimentally if you are working in a 3’x2’ allotment of bench space bordered on either side by a lab mate’s stack of glassware (which always seems to be one sneeze away from an avalanche). If there isn’t a diligent lab manager present, bench spaces and common equipment in large labs can become messy and downright dangerous. Members of large labs can also suffer from a lack of personal accountability. Someone may not clean a piece of equipment, restock a reagent, or replace a borrowed item.

Fruitful Intellectual Discussion and Mentorship
One of the biggest advantages of a small lab is the amount of personal attention and mentorship a postdoc gets from their PI. As a relatively junior scientist, postdocs can benefit greatly from one-on-one discussions with their PI, and such one-on-one interactions can become increasingly rare as the number of lab members increase. However, some individuals would prefer a more hands-off approach from their PI and to be allowed to work and think more independently. In this case, you may be better suited to a larger lab.

As a postdoc, learning from your peers can be just as important as learning from your PI, and a larger lab would clearly be superior in this respect. If there is a large number of other postdocs and graduate students in a lab, there would likely be someone available at any given time to answer your questions, optimize an experiment, or simply bounce ideas off of.

Being Prepared to Transition to a Junior Faculty Position
While the collaborative nature of larger labs clearly has its advantages, it can prevent individuals from taking ownership of their projects. Members of large labs tend to collaborate a great deal with each other on projects, often being authors on each other's publications. In some cases, this can stifle a postdoc’s ability to establish an identity for themselves. When a postdoc is ready to strike out on their own research path and start their own lab, it can be difficult to form their own path when their research is so intertwined with that of fellow lab members.

Wrapping Up
Ultimately, the size of the postdoc lab you choose depends on many factors, including your personality, career goals, and level of independence. There clearly isn’t a “correct choice,” but hopefully, this article provided you with some food for thought to help make the decision in a more informed way.